A Celebration of Women in Democracy

An Interview with WfWI graduate and Mayor Jasminka Begić

An Interview with WfWI graduate and Mayor Jasminka Begić

In 2012, Jasminka Begić, a WfWI graduate, decided to run for mayor in her municipality of Doboj-Jug, Bosnia and Herzegovina ... and won! We recently caught up with Jasminka, who started her new job in late 2012, to talk about how she came to run for mayor, her plans for the next four years, and how women's roles are changing in her country. 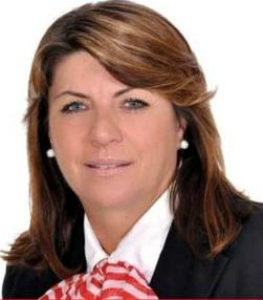 Congratulations on your election to Mayor! Was this your first time running for office?

Thank you, and yes. This was also the first time in the 15 years since the [end of the Bosnian War] that a woman ran for the office in this Municipality.

Could you tell us about yourself and your past?

I am 47 years old and have two adult children who understand that my position as a mayor is very responsible, and they support me. During the war, I had to leave my house, as did many of my neighbors, and go with my children to safer territory. Since my children were little they were my greatest concern. Thank God, we survived the war alive and healthy, but full of bitterness and suffering. Doboj-Jug Municipality was a large war area, and there are still marks of the war here.

What are your top priorities to help Doboj-Jug Municipality and its citizens?

Doboj-Jug was pretty much destroyed during the war. Unfortunately, the people still live with the consequences, and the pain from losing loved ones is permanent.

[Before the war,] this area was part of the town of Doboj, which was a big regional center where people worked, went to school, and had health and social protection. Now, there are 1,043 unemployed people in Doboj-Jug Municipality, including 463 women. We are trying to obtain special status for Doboj-Jug as the smallest local community, since that will bring opportunities such as public funding and capital investments. 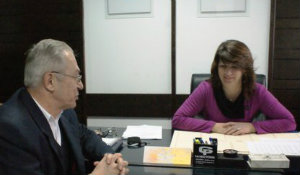 What are the greatest challenges facing women in your community? How do you hope to solve them?

There are 463 women unemployed in our Municipality. What happens is that housewives and mothers are often “stuck” in their homes. There are still many prejudices when it comes to women. Things are changing bit by bit. A few years ago one couldn't imagine a few hundred women gathered at one place, discussing issues of their interest. It is not like that today.

Today, women are getting educated, they are active in different associations, they compete in cooking traditional meals, they exchange their experiences with others, and we expect to have, through economically empowered women, more projects implemented that will employ women. I was active in the work of the local women's association, but my task as a mayor will be an even greater responsibility, and I will make sure to support their work in every possible way.

What challenges did you face as a woman running for office?

My candidature was a surprise for all, except for the great majority of women. I trusted those women. They gave me their support, as well as many other voters who were eager for the changes I promised them. It is difficult for women in smaller communities to get to more important positions but in my case our citizens trusted me. I am the mayor of all citizens of Doboj-Jug Municipality, and I will treat everyone absolutely equally.

Did the women you knew through WfWI's program help you campaign or show their support during the election?

Of course, since all of them are my friends and close associates. I would like to use this opportunity to thank them for their support. Besides that, one of WfWI-Bosnia and Herzegovina's graduates, the president of the women's association in our municipality, Mrs. Emira Arnaut, has been elected to Municipal Councillor, and she is the first female councillor in 12 years. She is an extraordinary woman, very brave woman.

What was most useful for you about WfWI's program?

I learned a lot through WfWI's program about women's rights, but that program first of all gave me the opportunity to meet many women and men with whom I have excellent friendships even today. ... This a great support to women from our small municipality. All of us who were involved in WfWI's program had nice experiences, and we know what we should do when it comes to women and their position in a society.

Today we are trying to create projects for economic empowerment of women. There were many inspirations from WfWI's program, and I gained more knowledge on women's rights. I became mayor of this municipality due to my political option and also thanks to WfWI and the support of my friends from WfWI groups.

Jasminka Begić stands in front of the municipal
building where she serves as mayor of Doboj-Jug.

What do you hope for the future of women and democracy in your municipality? In this world?

I believe that things are slowly changing. People are now connected thanks to new technologies. There are many girls who go to college. Women are active now more than ever, and that is something we should work to keep. Women ... want to achieve more, and it is up to society to give them the opportunity. ... I am afraid that we will have to fight for many more years for greater influence in society. We will have to fight prejudices that only men are capable of being politicians. If a woman is the pillar of a family then why shouldn't she be a pillar of a society?

*This text was edited from the original transcript of the interview, conducted in January 2013.